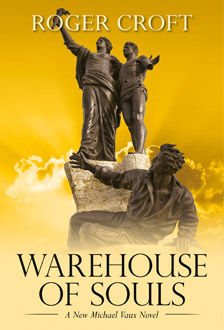 Retired journalist-turned-MI6 agent is at loose ends after his long-time girlfriend, Anne, leaves to care for her ailing father. But after Vaux’s first night alone, an old colleague from Department B3–a maverick sub-group of MI6’s overworked Mideast and North Africa desk–shows up at his cottage door. Someone in Beirut is unmasking dozens of MI6 agents and assets in the Middle East, endangering their lives and blowing several key operations. Vaux is asked to come in the from the cold and hunt down the traitorous double agent.

As Vaux goes deep undercover in Lebanon, he learns that MI6’s station in Beirut is full of power players with their own personal agendas. In a once-glamorous city still reeling from civil war and the aftermath of  heavy Israeli bombardments, Vaux finds his own agency at odds with itself. Vaux’s first task is to determine whom he can trust among the surviving cutouts and secret agents whose help he needs to uncover the mole in their midst.