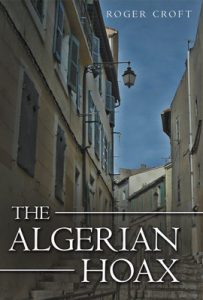 Top officials at MI6, Britain’s intelligence agency, suspect one of their senior operatives of betrayal. Former journalist Michael Vaux, honey-trapped into serving queen and country by the Secret Intelligence Service [SIS] in the mid-90s, comes under close scrutiny by the UK’s top spy catcher in the wake of anonymous charges of betrayal and double-dealing in a series of top secret operations in which he played major roles.

To expose his suspected loyalties to Britain’s long-term enemies and otherwise unfriendly actors in the Middle East, MI6’s top brass devise an elaborate plan to entrap Vaux in an anti-terrorist operation centered in the south of France. Vaux is ordered to fly to Marseille as an undercover agent to probe an alleged terrorist plot to destabilize the non-aligned Algerian regime of President Bouteflika.

Vaux successfully penetrates the phoney jihadist cell which allegedly planned to blow up Algeria’s Djamaa El Djazair grand mosque, still then under construction. Word spreads along the secretive, coded networks of the clandestine intelligence community and Vaux is contacted by Alena Hussein, a Syrian-born former lover and undercover MI6 agent, who some years earlier defected to the land of her birth. Now a roving ambassador for the embattled Syrian regime of Bashir Al-Assad, she arranges to meet Vaux in Paris.

Vaux, now basking in the success of uncovering the purported Al-Shabab terrorist cell, hesitates. But at loose ends now his mission is complete, agrees to meet Alena for a nostalgic week-end of reminiscence and perhaps romance. There, in a luxury hotel overlooking the elegant Place Vendome, Vaux is attacked by hired assassins. But he survives thanks to the surprise intervention of an old newspaper colleague who had shadowed him all the way from Marseille to Paris.

Had Alena, now nowhere to be found, set a trap? Who was trying to kill him? MI6 or Syrian intelligence? Before Vaux could find any answers he is ordered back to London by his MI6 bosses. They level with him on their now defunct plan to entrap him. For he is now totally exonerated—by a deep cover double agent in place within the thick protective walls of Assad’s bomb-shelter palace in Damascus. His enemies within Vauxhall Cross, MI6’s Thameside headquarters, are still skeptical, however, and Vaux’s ultimate fate hangs in the balance.